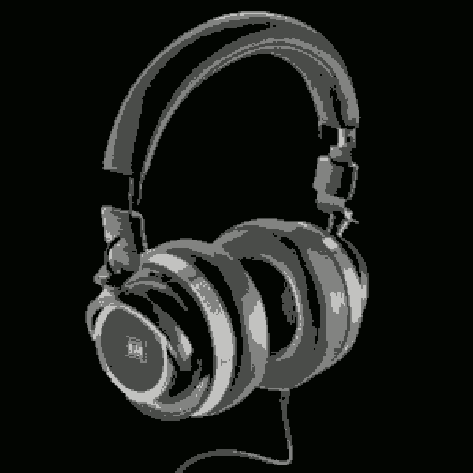 I choosed 2 videos per band, selected by me, to help entering the universe of each artist/band, that i hope I will make you discover some of them. For me, it has always be marvelous journeys, for everyone of them.

Let’s begin with my “progressive rock” playlist, to find there.

All my selection is below. It’s a big work for me, please register, it will encourage me !

American progressive rock band, not known in France, who find inspiration in Pink Floyd and first era Genesis. They have many other influences, and as they are great musicians, they took them and made their own style. Style made of contrary emotions, assymetric measures (that sound simple) and simple measures (that sound assymetric), lyrism and virtuosity. I discovered this some years ago, with a friend of mine who copied me a CD. On the first time, I haven’t understood all the power of this band, whose drummer, Gavin Harrisson, has become my drummers reference. The main composer, Steven Wilson, has a lot of ideas, technical and emotional levels of the songs are great. There is everything : rock, pop, psyche, metal, classical… an emotional elevator.

If you want to know more about them : https://en.wikipedia.org/wiki/Porcupine_Tree

My first video choice goes to “Arriving somewhere but not here“, wich contains everything that makes Porcupine Tree : a great intro, many different styles which gets into each others from psyche to metal, a top bass-drum couple, a very precise sing, and guitar solos, whose one is an antology one (for the emotion, not the number of the notes) at 9:02, by John Wesley. To listen absolutely !

So I was on the move of Porcupine Tree, who splitted in 2010, i ofcourse made the trip to Steven Wilson, their composer, who has a nice solo career (in concert in France in 2018!). He invites great guests, like Ninet Tayeb (see after).

To know more about him : https://en.wikipedia.org/wiki/Steven_Wilson

The video I choosed, it has been very hard to choose beteween all those great songs, is “The raven that refused to sing“, because the clip is wonderfull. The composition is based on an assymetric measure, a caracteristic of Steven Wilson music. The melody is very sad, but the song is still dancing. The drums play is very progressive rock like, sharp, counterpoints the softness of the violin.

Steven Wilson - The Raven That Refused To Sing

“Drive Home” : Tells the story of a car accident, sadness, despair of the losen and the born again, the willing of life.

To know more about her : https://zn.wikipedia.org/wiki/Ninet_Tayeb

My first choice goes to “Pariah”. She’s a guest of Steven Wilson. I discovered her on this song. One of the best song I heard in the last years. Her voice is a perferct counterpoint to the one of Steven Wilson, and the softness of the song.

Neo Prog band born in 2008. I am happy i’ve discovered them, because I was searching for a long time a new sound which makes me have a trip outside the perfect mainstream musical production.

Both compos i’ve chosen are taken from their last album called “Walking on a flashlight beam“, released in 2014.

First song, full of ryth and lyrism, with a fully “spleen” ambiance : “Gutter“. The singer Mariusz Duda has a very beautifull voice, in the high frequencies.

Second song : Cold. After a strange intro that is one minute long, the band takes us into its universe like on a nostalgic highway. The bassline takes to the stomach, the harmonics and rythmics illusions are delicious.

Lunatic Soul - Cold (from Walking on a Flashlight Beam)

And the last part of my selection is below, just like my facebook page and discover it !

Sound and production are much better than Lunatic Soul.

First song : Lef Out. Different parts gets from each one to the next perfectly, the ambiance is delicate, and assymectric measures are there. Mariusz Duda sing very well, with some metal accents sometimes.

Second song : “Egoist Hedonist“. After the first notes, we could think that it is going to be a bad 90’s song, but after the third chord, we understand we are going into a chased universe, very smart. Production is top, clear and nostalgic, and then comes … the progressive metal side + jazz rock of Riverside. Absolutely gorgeous.

Swedish progressive metal band that is difficult to put into a case, Steven Wilson production.

“Damnation” : based on an assymetric measure that give the taste to the song, it’s the first song i’ve heard from this band. I have been astonished by the beauty of the melodies, and the technical qualities of band members.

“Sorceress” : Released in Sept 2016, it is the main song of the band. Alternation of calm and lyric parts and aggressive ones, like Genesis (first era) and with flying parts worthy of King Crimson. Very good compo.

Progressive band from Great Britain. Gavin Harrisson, drummer and personal reference, join them in 2016, this is why i discovered them. They are between rock prog and progressive electro. Very good melodies, emotional and technical qualities.

“The final thing on my mind” : its bass line does something incredible on me. It is not that difficult to play, and just plays the tonality note, but what a sound ! Harmonical progressions are fantastic, and the double voice fills the space with gravity and softness.

The Pineapple Thief - The Final Thing On My Mind

“Simple as That” : released in 2014, we find there the roots of the band. A simpler harmonical song, more rock.

The Pineapple Thief - Simple as That (from Magnolia)

I maintain everyday playlists in all music styles : rock, progressive rock, pop, electro, soft music… that you can find there :

Stay connected to my musical news and eco-responsible advices